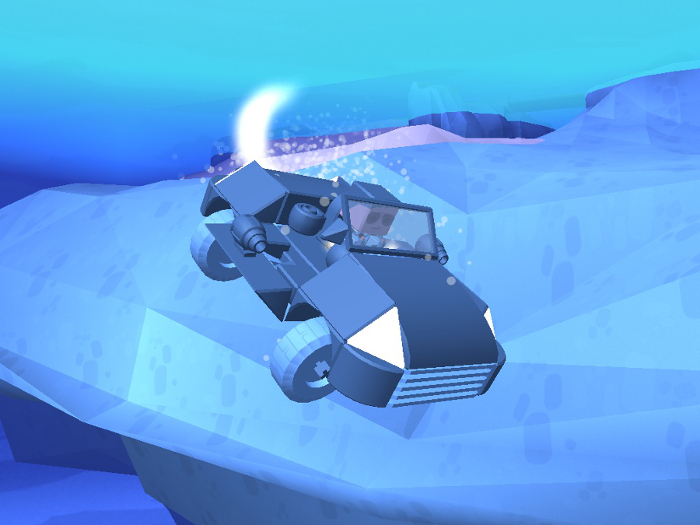 In this world, you will be asked to take control of a super agent car that act like a car, a flying car and a submarine! Do whatever you want to do, this world is completely free!

This world include my first amazing program template, which I call the NOT fonction. It means that If you go in the water, it does -- and if you are NOT, then do --. This trick and many others can easily be learn in THIS VIDEO !

The remake, Super Agent Car 2, was made by Vp10nav. It has a similar design, mostly in the front, but very different functions. It has no air mode unfortunately, and cannot sink. The design is upgraded, even causing windows to appear in water. It balances almost perfectly, and will lift itself up to attempt to align itself. It still has flaps on the sides with lasers, and now they fold in in car mode, putting the lasers under the hood and allowing you to shoot out of it.

Recently, Vp10nav has started remaking his agent car due to it's lack of underwater mobility. It uses less action blocks and a slightly different engine and hood-opening, but looks generally the same. It does not rely on align as much, allowing for tilting, diving, and leaping upwards while in water. It will have an air mode added as well as missiles.

Retrieved from "https://blocksworld.fandom.com/wiki/Super_Agent_Car_3_Options!!!?oldid=6832"
Community content is available under CC-BY-SA unless otherwise noted.